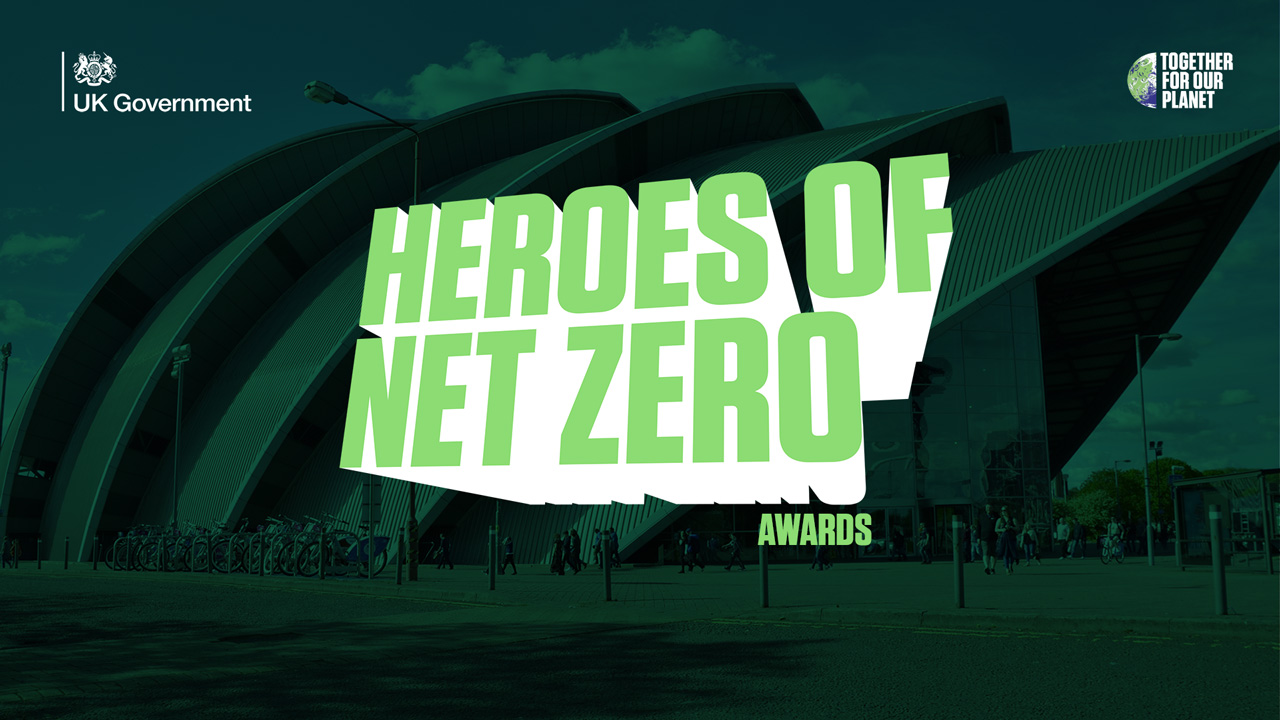 ACO patron VMI has been crowned winner of the Heroes of Net Zero competition yesterday at a special awards ceremony hosted by Intuit at the COP26 international climate change summit in Glasgow.

More than 160 businesses entered the competition, making a commitment at the UK Business Climate Hub to achieve net zero by 2030, 20 years ahead of the Government’s own climate commitment.

The rental firm, based in Acton, London and St George, Bristol won in the small business category by demonstrating a range of measures taken on their journey to net zero, including installing solar panels and insulation, purchasing electric vans and recycling and reusing, sending no waste to landfill in 15 months.

They won an exclusive prize package worth over £4,500 from competition partners BT, NatWest and SSE.

“We are incredibly flattered and really pleased that our efforts are being recognised, as this will spread the word more widely about the benefits of companies making decarbonising efforts.”

We are incredibly flattered and really pleased that our efforts are being recognised, as this will spread the word more widely about the benefits of companies making decarbonising efforts.

“I was inspired and energised from attending a seven-week sustainability course and persuaded the Managers and Directors at VMI.TV to buy-in to a net-zero plan, after which we signed up to the SME Climate Commitment.”

VMI.TV won over the competition judges for taking responsibility for their sectors environmental impact, spreading the sustainability message as founding members of the Bectu’s-Film-For-Future group.

The panel of expert judges included the government’s Net Zero Business Champion Andrew Griffith. He presented VMI.TV and other Heroes of Net Zero finalists with awards and celebrated their green achievements at COP26 at the Scottish Event Campus. The event was live streamed on the UK government’s YouTube channel.

The Heroes of Net Zero competition is part of the government’s Together for Our Planet campaign, run by the Department for Business, Energy and Industrial Strategy. 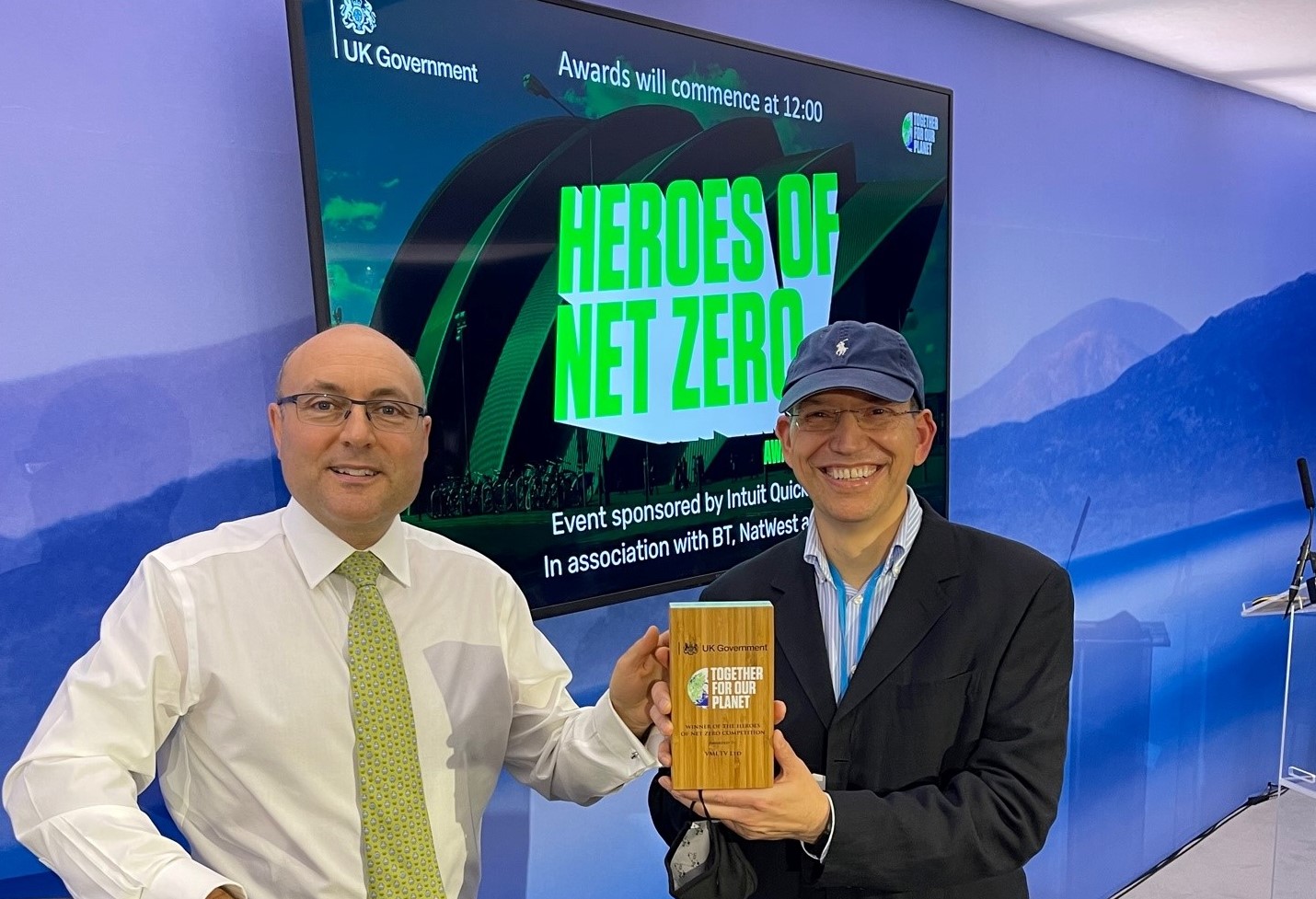 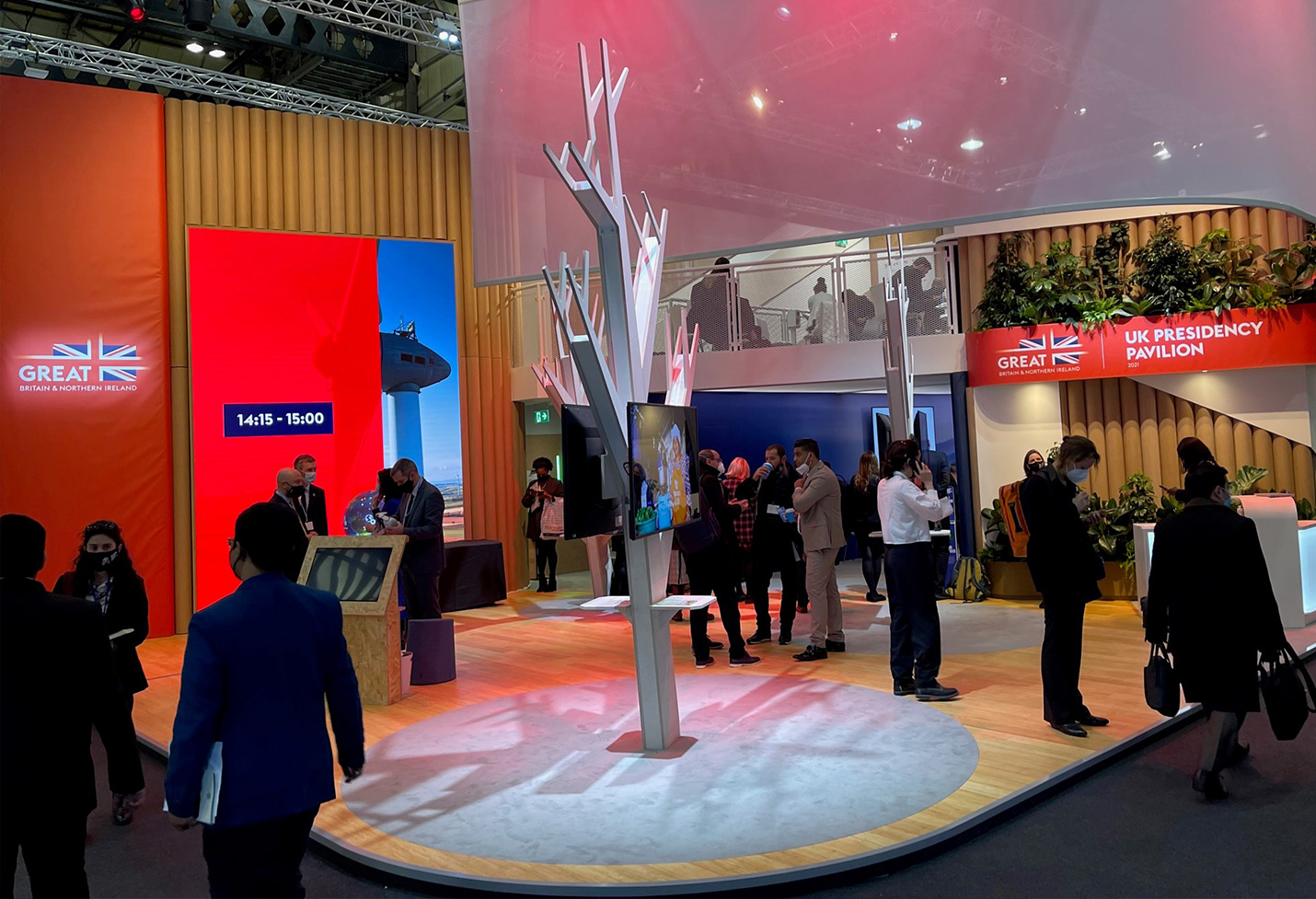