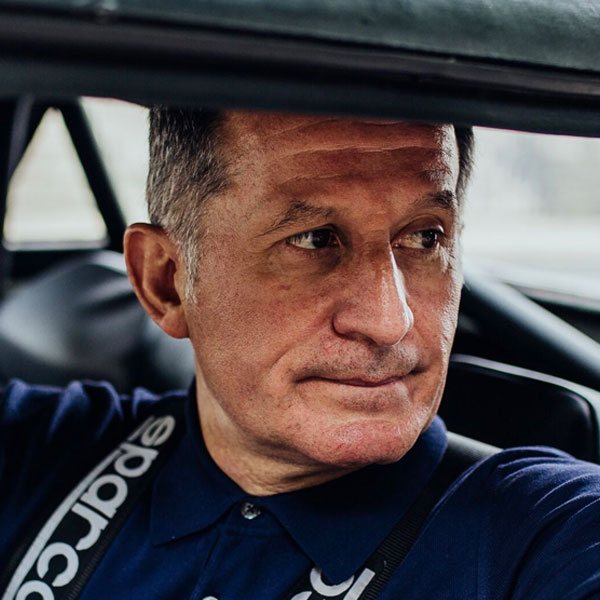 I studied Fine Art at Hornsey College of Art in London with the aim of become a painter and sculptor, whilst there I developed a love of film making which led me away from painting. I worked as a trainee and assistant in the mid eighties, and picked up a Steadicam in 1983 whilst I was an assistant. London was busy with Pop Promos and Commercials so I worked my way into main stream Operating through Steadicam. I met Roger Deakins in 1985who was lighting an Eric Clapton promo for a song called ‘Forever Man’. It was an eventful job as a crane arm came way too close to Roger’s head , Google the promo you will see. I have been fortunate enough to work with a few of my favourite directors in my career people who’s films changed the course of my life, Stanley Kubrick, Martin Scorsese, Derek Jarman, William Freidkin and Mike Nichols. 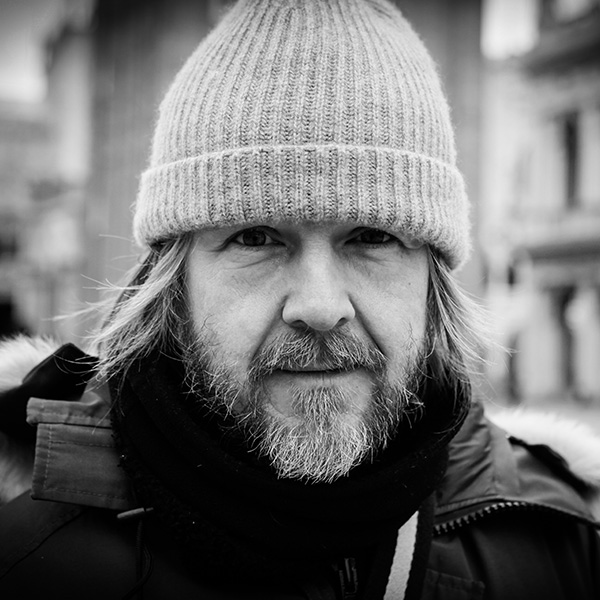 I studied Photography/English/Media Studies A Level at Sixth Form College.

In 1992 I managed to enrol on a 2 year Film course at De Anza College in California helped by my uncle and returned in 1994 and luckily was able  to find a position at Arri Media then Media Film Service. I was kindly helped by John Hooper who was a DP at that time.

I worked on the camera floor as a Prep Technician until I left in 1997 as a Clapper Loader. After a lucky Break from a couple of DPs Haris Zambarloukos & Ben Smithard I became a 1st AC in 2000 and went on to do that for 8 years working my way through commercials /TV Dramas and Features.

In 2008 after a slow start I finally made it to operating and through this decade have been fortunate to work on many wonderful projects . I absolutely love operating and as well have had more chances now to move up to DP working on 2nd Units.

I have worked with many wonderful people in my career and I do not think there is a better profession to be a part of I feel we all will have plenty of opportunity going forward the business has never been in a better position in the UK. 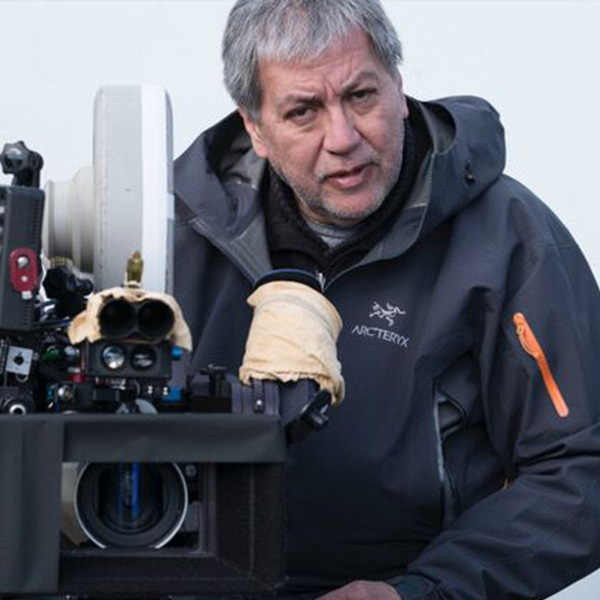 You could say that my love for film started as a child, bunking off school to watch films with my mates, to live a fantastic dream.

My life has always been blessed and at a very young age I started my journey in the industry I love.

Having attended Film School in the UK in the mid 1970’s, I was lucky to encounter incredible people that seeing my passion for the art of cinema, encourage me and help me throughout my career.

I have been fortunate to have worked with international renown Actors, Directors, Producers and Cinematographers enjoying the ups and downs in the life of the film technician, travelling this amazing world and working everyday with remarkable people. 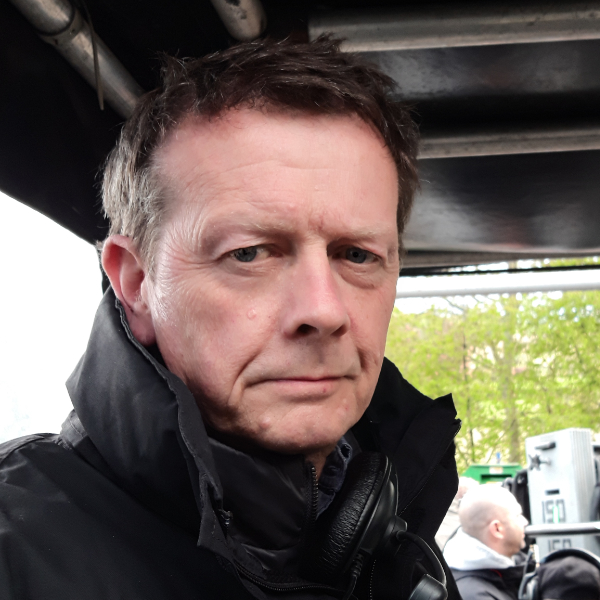 My career in the camera department began in the late 70’s when I met John Ward, who mentored me through my early years. I did a stint in a camera rental house before going loading and focusing through the 80’s and early 90’s. My break as Operator came in 1992 with the first series of ‘Sharpe’ starring Sean Bean. It was 5 months in the Crimea with a seasoned director who stood beside the camera, trusting his operator completely whilst he watched the actors’ performances. This gave me the confidence I needed to make a go of it. It’s been a rocky road with a lot of ups and downs since then but I’ve made many friends over the years and had some great experiences doing a job I still love. 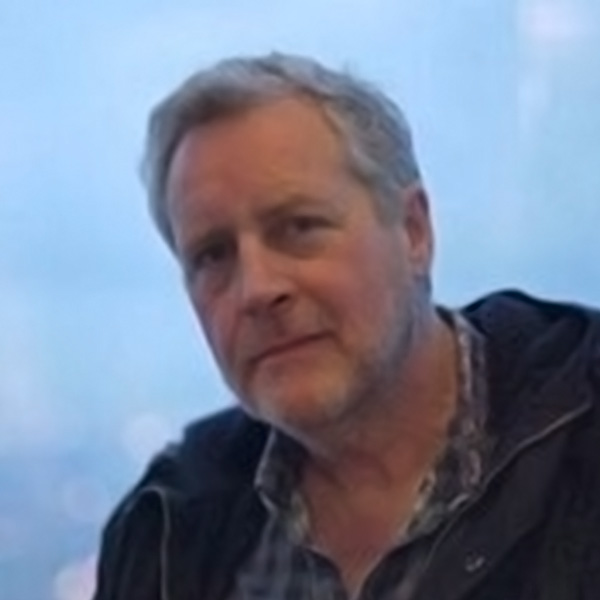 I started in the industry working on corporate documentary and motor sport following a film production course at the  West Surrey College of Art and Design. After 18 months or so I went freelance and worked for some years as an assistant on documentaries, music videos, concerts, commercials, television drama and ultimately films. My first feature film as an operator was the wonderful Brassed Off, and since then I have been fortunate in working with some great directors, DoPs and fantastic crew on TV and film projects across the globe. It has been a time of great change, from 16mm film to full frame digital imaging, the rise of VFX and CGI, enabling a breadth of creative vision I never imagined possible when I began this journey! 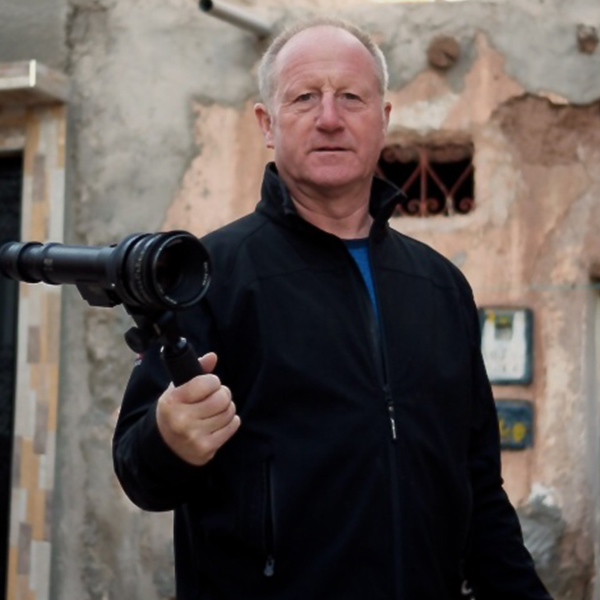 I started my career studying Fine Art at the Slade School, University College London where I took a ﬁlm making subsidiary course which kickstarted my interest in photography and moviemaking. I was particularly interested in camera movement, composition and framing so naturally looked towards camera operation as a career. Several dead end jobs later I landed some camera assisting work with news and documentary crews then progressed onto shooting arts documentaries for TV and arts funding bodies. Taking an operating course with the legendary steadicam operator Ted Churchill convinced me to move into drama camera operation.

My career since then has provided me with work on many major feature ﬁlm and TV drama productions working for some of the world’s leading Directors and award winning DOP’s. My own awards include operating awards for the feature ﬁlm ‘Anna Karenina’ and an SOC (Society of Camera Operators) Lifetime Achievement award for my work on ‘Atonement’ along with nominations for other feature films  ‘In Bruges’, ‘Life’ and ‘Bohemian Rhapsody.’ 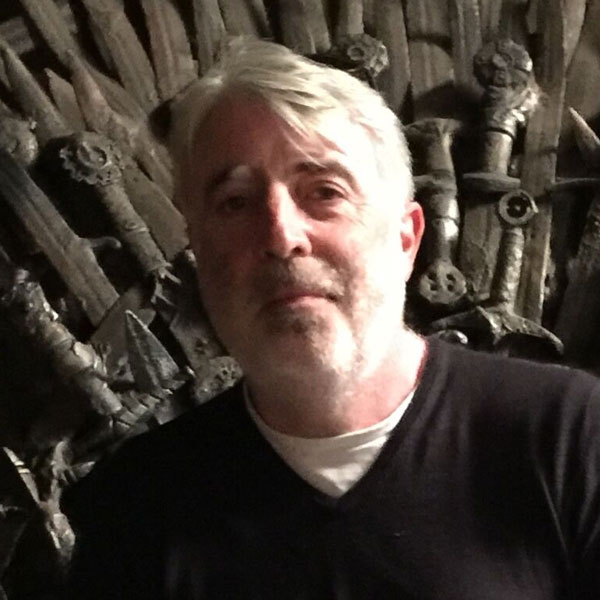 My first experience of the British film industry was when I walked through the gates of Ealing Studios in 1984 as a sixteen year old trainee. I observed at first hand the structure of the camera department and knew from an early age that to be a camera operator was my ultimate target.

I was fortunate enough to be paired up with the likes of Remi Adefarasin and Martin Kenzie who mentored me through my formative years both as an assistant and an operator.

I’ve also been privileged to have worked with directors such as Richard Loncraine, Jack Clayton, David Nutter, Miguel Sapochnik and Shekhar Kapur on such films and tv as Elizabeth, Game of Thrones, Penny Dreadful and Pennyworth and Overlord.

I still find it such a privilege to be part of the camera department and am as excited about the next filming day as I was thirty four years ago. 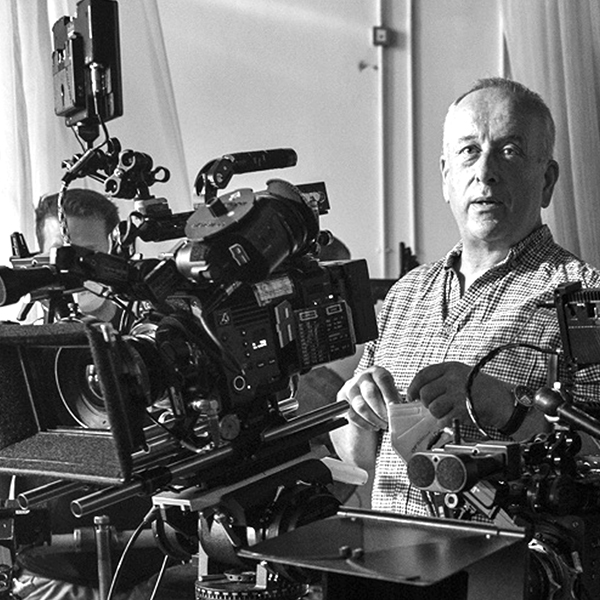 The doorway to the television and film world that opened for me was the BBC at Ealing Film Studios being sent out on the road with crews as a trainee for two weeks then, in at the deep end on my own working on arts, documentary and drama productions either as a clapper loader with a focus puller or alone looking after both jobs with 16mm Arriflex or Aaton cameras. The first of many baptism’s of fire.  After 18 months and a stroke of luck I decided the freelance life was for me and to quote my Mum ‘left my promising BBC career for a 6 week film ? ….. in Accrington,?…. Lancashire?’ – (Nature of the Beast – Dir. Franco Rosso, DoP. Nat Crosby). As luck would have it, two weeks into shooting I found we as a camera crew would go from this job to another that would take me up to Christmas that year, (Madame Sousatzka – Dir. John Schlesinger) with the addition of camera operator David Worley ACO who opened my eyes to the job I wanted.

I never really made a clean jump from loading to focus or focus to operating but overlapped for a while until I found myself having ‘moved up’ a grade. As a focus Puller I worked with Brian Tufano BSC through the 90’s on some memorable jobs such as Trainspotting, East is East, A Life Less Ordinary and Billy Elliot. Over this period I would often shoot 2nd unit where whilst in a state of mild panic over the lighting could get to operate the camera. This was all some time ago now and over the years I have been fortunate to work with many very talented people behind and in front of the camera who without realising teach you so much.

I would like to think that I too do the same, although I fear, more often than not, …How not to do it! 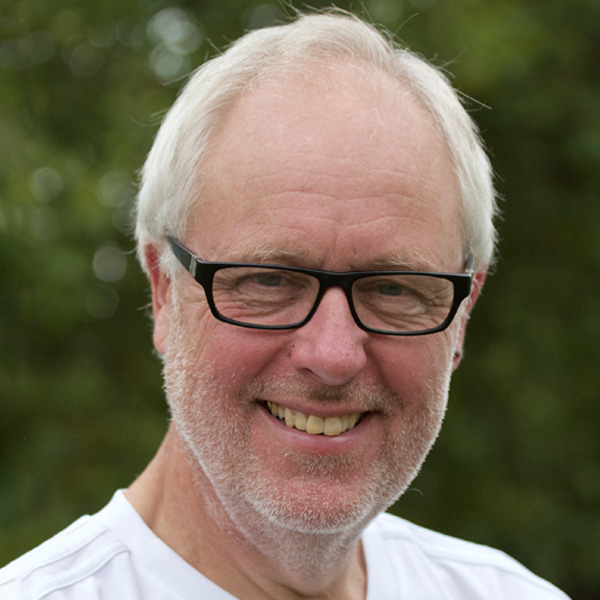 My journey in the Film Industry started in 1968 whilst viewing 2001 “A Space Odyssey”. As a young 15-year-old who originally had designs on becoming a stills photographer, the experience completely blew myself away and from then on, it was the power and beauty of Cinematography that captured my imagination and which to this day, stills does.

In 1973, I was lucky enough, after only scraping through my exams, to attended Harrow College of Art and Technology to study for three years on their Film and Television Production course. This gave me the opportunity to apply and fortunately join the BBC Film Department based at Ealing Film Studios as a film camera assistant, working on Documentaries, Music & Arts, Drama’s and Currents Affairs programs, all on 16mm film. A period in my life which gave me a tremendous grounding and which I will always treasure.

My desire was always to look through the viewfinder, so in 1984, I moved on to pursue my dream of becoming a drama based Camera Operator, which amazingly became a reality in 1987 on the film “Paperhouse”.

Since then I have been fortunate enough to be the A-Camera Operator on many feature films and television productions and collaborated with so many talented and visionary Directors and Directors of Photography.

A dream that became a reality, which I hope will also be the same for many more young filmmakers in the future. 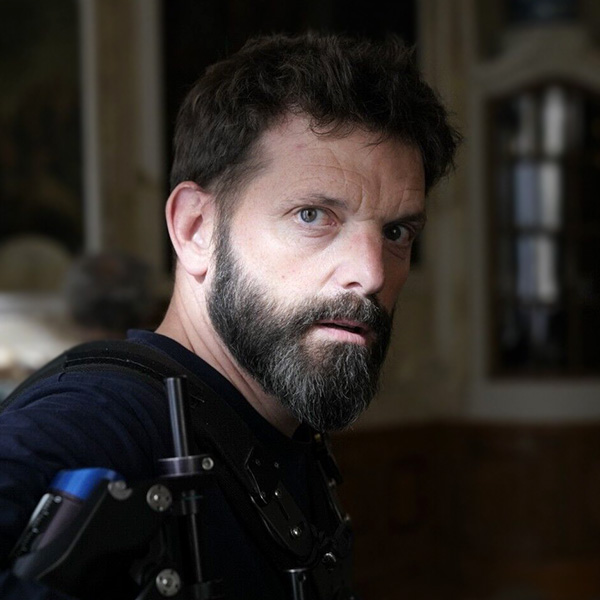 I started my professional career in the creation of images with an apprenticeship.  I spent 4 years with a well equipped and knowledgeable photographer and was able to hone my skills.  During that time, although very enjoyable, I came to realise that I’m not going to make a living with still photography, and I didn’t like the one man band aspect of it.

That shift my focus towards filmmaking.   I was lucky to get an internship with Dedo Weigert , the inventor of the Dedo Lights, Dedo Weigert Film had a high-speed film camera department where I had my first commercial set exposure.  After 18 months, I got the opportunity to work as clapper loader on a TV series.  From there on, I worked my way up the ranks to become finally a camera operator and Steadicam operator. 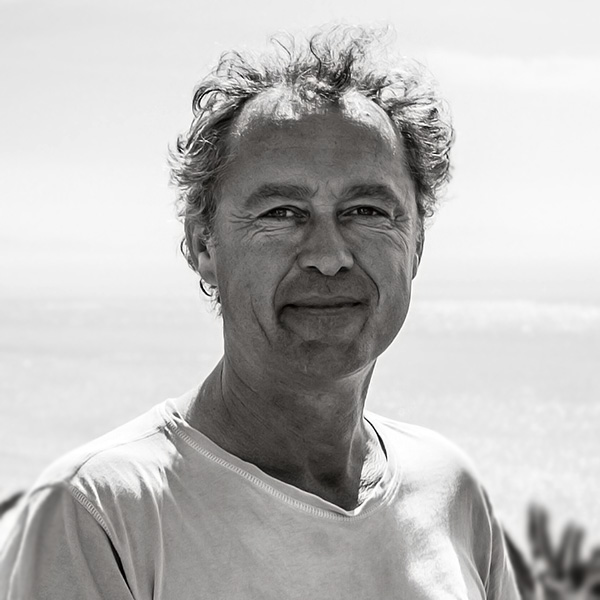 My name is Ben Wilson

I always had an interest in Photography but was discouraged at school to consider a career in it.

I attended King James’s College Henley and then Blackpool where I studied Photography.

After a few years of trying to break into the Photography industry an opportunity to work in film and television came along under Remi Adefarasin, out of BBC Ealing.

Finding frames throughout a take until the camera cuts can prove challenging. At some point in your career it becomes natural and intuitive. An involved ‘A’ camera master shot that needs to work end to end will keep you and your Grip and 1st AC on your toes. It will unlikely be seen as a “Oner” by the time it hits the screen.

Despite this, filmmakers always give as much attention to every set-up in case it is.

I’ve learnt that despite the chaos on a film set, if you put your eye to the eyepiece on the camera, the image can be quite calming and beautiful; reminding you what it’s really all about.

I have been very fortunate with the people that I have worked with. Some of the greatest and most talented in the world.

When I’m not working I spend time on the river. I find I think more about all the less celebrated amazing people I have come in contact with whilst making a film.